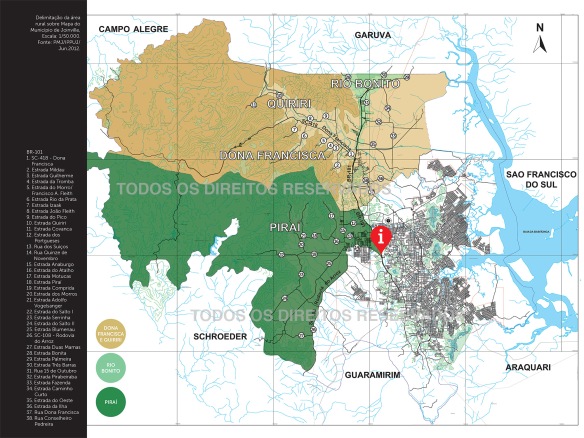 This book traces paths in fractions of the rural area, concentrated on north, west and south of the city: to the north, the localities of Dona Francisca, Quiriri and Rio Bonito (Pirabeiraba district); to the west and south, Piraí (in Vila Nova neighborhood).

To the north of Joinville, we reach the city Garuva by the roads Monte Crista, Urubuquara, Ernesto Hattenhauer, as well as part of Palmeira, Três Barras and Bonita streets.

The general map shows all the paths mentioned in the book. Plan your tour and enjoy all its charms.

You have been invited to take on the adventures of getting to know such places and enjoying all the paths mentioned in this book, which can be bought at indicated locations.